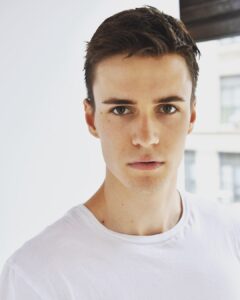 Join us in welcoming Kai Bjornstad, our new Membership Director, to the Stamford Family YMCA. Kai has been employed with the Stamford YMCA for the past two years and has worked at the DarienlYMCA. He is a NASM certified personal trainer, a Corrective Exercise Specialist through NASM, a Lifeguard, and is now Membership Director at the Stamford Family YMCA. Kai currently calls the Stamford community home.
He loves to travel and feels equally at home in both Europe and the United States. His family is from Norway and Luxembourg, and being of Scandinavian roots, which means that he led an active life from early on, and a healthy lifestyle became the center of his upbringing.
During his high school years at DHS, he played varsity soccer and led the team in total goals his senior year. He has played soccer professionally abroad – in Europe and South America – competing against some of the best teams in the world.
He also played the cello throughout his teenage years. He studied under some of the top professors at the music conservatory in Luxembourg and played locally with the Norwalk and Stamford youth symphonies. After graduation, he attended UConn Storrs as a music major.
Please drop by and say hello to Kai… he is excited to meet you and is looking forward to hearing your voice on what he can do to help make the Stamford Family YMCA an even better place. His goal is to bring in more classes and programs for all ages of the community and provide members with excellent service to make for an exceptional experience.